On the 12th Date of Christmas Cover Reveal 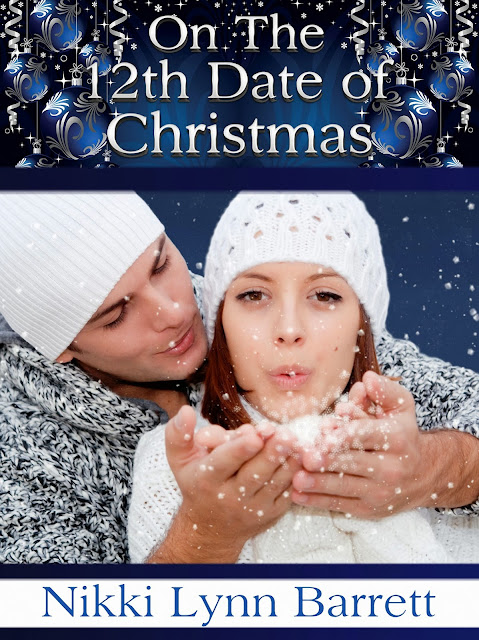 After being mugged, Robin Sorenson is left shaken and her spirit in humanity broken. Worse, she’s not sure how to deal with the new anxieties or who to confide in since she’s always preached to pick oneself up and move on. Yeah, she’s been the go to girl when anyone’s had problems.
Christmas is coming, and her belief in magic and miracles has faded.

Then Jonas comes back.

Jonas Aimes made a mistake. A big one, when he walked away from Robin a year earlier. He’d loved her, always had and still does, but his desire to please his aging and strict parents took precedence. Back from the overseas internship they’d struggled to get him in, he plans on winning Robin back. What he didn’t count on was discovering the shell of the vivacious woman he’d loved.

Remembering her love of Christmas, Jonas pulls the holiday heartstrings. What? All is fair and love and war. Right?

Robin is speechless when Jonas not only refuses to leave her alone, but dares her to accept his cheesy holiday themed challenge. Twelve dates to give him a chance to prove he loves her and is never leaving her again.

But in the season known for miracles can Robin find the magic needed to open her heart and faith once more...or will she forever wonder about the ghost of the Christmas past that could have been?

He took her hand in his as he reached for the keys with his other hand.
“Why are we at a closed ice skating rink, Jonas?” He heard the wonder in her voice.
“Because we're going skating, silly.” He shot a smile at her.
“How did you-”
“Hey. I'm in with Santa now, remember? I can't divulge all my secrets.”
Her soft laughter and a squeeze to his hand warmed his heart, despite the icy chill around him. “I haven't been ice skating in years.”
“Hmm. Out of practice? So if we were to race, I'd have a chance?” Jonas fingered the edge of her scarf, twirling the fringed ends with two fingers.
“Oh please, you don't skate.” Robin scoffed. “Do you?”
He laughed. “I love how you were so certain, then all of a sudden you had to question it. Maybe we should go in, lace up and I'll show you some moves.”
“This I have to see!” Robin raised a perfectly arched brow.
“Let's get to it, little lady.” Jonas closed and locked the door behind him. The lights buzzed as they came on, lighting up the place. With a flick of a few switches, everything would be ready for them soon. He hadn't been in here for quite some time, let alone when it was empty. This would be fun. He couldn't wait to get out on that ice. Hopefully, he wouldn't be leaving here with any sprained parts. He wasn't about to let on to Robin that he was very rusty at this. He stifled a laugh. Anticipation shot through his veins. He'd take this challenge.
Robin was the first to get on the ice. As he finished lacing up, Jonas watched her gracefully move around. She went slow and steady at first, obviously testing out her balance. She did a small spin and as he caught sight of her face, he noticed the way her eyes lit up and her smile reached them. It would take more than these fun moments to show her who he'd become, and they would get to that. Communication definitely was a key. There were so many things unsaid, and while he knew they had to be spoken, he wondered how much of it would ruin the moments they shared.
Doesn't matter. It all has to be done. The good and the bad.
“Are you stalling?” She teased, making another loop. She seemed at ease.
Jonas pointed to himself in mock horror. “You did not just accuse me of stalling.”
“Oh, but I did. So come on out here and strut your stuff, before I accuse you of all talk and no action.” Another loop, faster this time. That woman taunted him.
Jonas growled and tightened the last of the laces and eased himself onto the ice. “All talk and no action, huh? Watch this.” Gathering momentum and hoping for no epic fails, Jonas sped across the rink. Okay so far, so good. A little wobbly, but this wasn't as hard as he imagined. Then he got stupid, turned his head to flash her a smile and came crashing into the wall. “Ooph!” he shouted, landing on his ass.
Robin covered her mouth with her hand. She tried her hardest not to let the laugh out, and failing miserably. She skated over to him and held a hand out.
“It's not that funny.” He grumbled, rubbing his sore backside. The corners of his lips twitched. He couldn't keep the smile away.
“Not a bad start, until you got cocky.” She teased. She helped him to his feet and he towered over her. He slid his arms around her waist and pulled her closer.
“Your fault for showing off.” He teased, leaning in closer. He wanted to kiss her senseless and steal her breath away. That would get her to quit laughing at his attempts at being cool when it came to skating.
“I think not. I won't take the blame for this one.” She said quietly. He cupped her face, loving the way she smiled at him. He ran a finger along her jaw, loving the sensations he felt while having her near.
“Then take the blame for this.” Jonas closed the gap between them and kissed her.

Though it's not a series, and On the 12th Date of Christmas is a standalone book, Robin makes her first appearance in The Secret Santa Wishing Well. Readers have been asking for her story and of course, more of Cheyenne, Jacob and the kids. 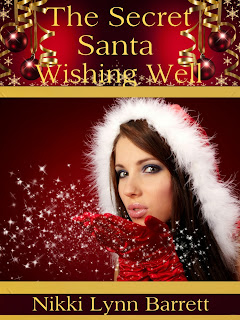 The magic of Christmas has been lost to Jacob Winston. At the suggestion of his ill sister, Jacob takes a job as a Secret Santa at the mall, hoping to restore his Christmas spirit. Even that doesn’t seem to work, until a special little boy ambles up to make a very special wish... Cheyenne Jensen is struggling to raise her two kids without the help of her ex-husband who refuses to acknowledge his daughter’s existence and doesn’t provide for the son he does. This Christmas is shaping up to be as heartbreaking as the last, until her son Ben’s kind actions lead a stranger to them. Ah, but it’s Christmas time and the magic has begun. When Jacob and Cheyenne meet, neither can deny their immediate attraction to one another. As situations arise that require they spend more time together, their feelings grow stronger and stronger. With Christmas fast approaching, the pair learn what matters most in life. Now, if only they could ditch the ghost of Christmases past. Maybe this holiday will bring some wishes come true- for everyone after all.

a Rafflecopter giveaway
Posted by Nikki at 12:00 AM No comments: